When I speak of Politics, I want every one of you to come out of your house and vote to select a govt. which can keep us safe and make our living simpler. The best way to share your thoughts and give suggestions which can be heard and reached to a proper solution maker is through social media. The social media gives various platforms for many brands and even political parties to listen and act according to the reactions by the people. Social media messaging comes into existence when various web and mobile applications are used together and the backbone of social media can be considered as Internet. Internet connects us all, it is only possible if we all reach a specific criteria and it can be fulfilled if we all meet required resources. These all are interlinked and is only possible if we have proper Internet connection, use of computers and smartphones, presence in social media platforms, using social media to react according to the cause and coming together to raise the voice for CHANGE.

With the coming up of private and public telecom players, the telecom industry boomed up and so is the popularity and connectivity with the Internet. With a better ISP we get a better Internet connectivity. With a total population of 1.237 billion as in 2012, there are around 152 million Internet user base as in 2012. But according to the latest report by IAMAI(Internet and Mobile Association of India), the number of mobile Internet users is going to reach 155 million in India by the end of March 2014, and 185 million by June 2014. The report also states that, there is 50% of an active participation of using Internet on mobile phones joining urban and rural population of India.

India currently stands in third position in terms of Internet user base worldwide with China leading its user base followed by United States. In October 2013, the number of mobile Internet users was 110 million with 85 million users from Urban India and the rest 25 million from Rural India. With the current growth of usage of Internet from smartphones and other sources, India may leave US behind by the end of 2014. This also means that there is high usage of Internet in mobile phones.

India has 867.80 million mobile users as of April 2013, that means 70 per 100 phone users. India has the second largest number of phone users in the world and China leads with the maximum number of phone users. When you have to use various applications on the phone, you need to have a smart phone to get the maximum exposure. Most of the apps support only smartphones. According to the stats below, India has 67 million smart phone users and when compared to other countries India comes in fifth position after China, USA, Japan and Brazil. 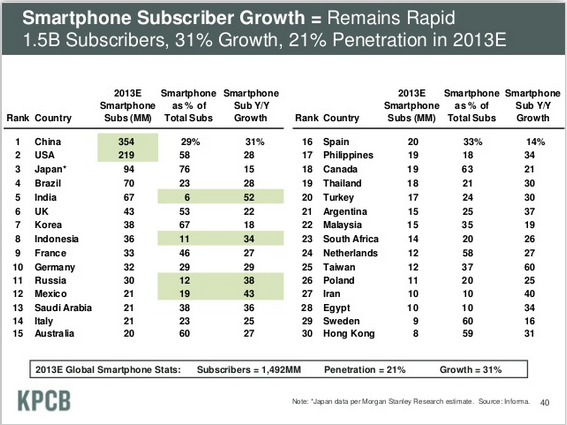 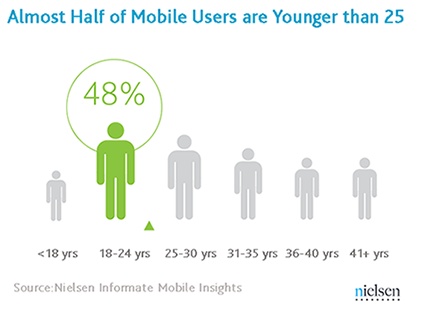 The time has changed from missed calls to messages and currently in the phase of social media. With the availability of the services and cheap smartphones youth in India like to retweet, share Facebook updates and like the comment and react on various situations. The young age of India is more closer to the social networking platforms, making friends and share their views socially. More than 50 percent of Internet users in India share everything online or most of the things online. The active awareness of youth with the help social media which keeps it binded. Smartphones are easiest way to access social media. Smartphones are mostly used in text and instant messaging, emails, web browsing, social networking, applications and mobile shopping. The above image let us know about how much are we using our smartphone in different ways.

With the increased data sharing in Internet, social media is used to share views, give feedback, ask suggestions, building up a team of volunteers and promote a cause or a brand. Large amount of data is being shared by users on daily basis. According to the report, 100 hours of video are being uploaded per minute on YouTube while more than 500 million photos are being uploaded and shared on platforms like Flickr, Snapchat, Instagram and social networking site Facebook, Google Plus and Twitter. The report from GlobalWebindex in 2013 says that, Facebook has maximum number of active users followed by Google plus, Youtube, Twitter and LinkedIn. The image below lets us know the usage of social media site used by youth below the age of 25 years is more. In 2012 Delhi gang rape brought many young minds together who were influenced by social media and stood up to bring justice for the girl. Social media was used to spread the message to stop violence against women. The message was promoted on Facebook and Twitter. Many videos and images went viral and shared with others and influenced many youth which made them stand together and protest at IndiaGate and Rashtrapati Bhawan.

The best part of Social Media is that you get real time feedback and suggestion of the reaction made by users. There is a freedom of speech which makes you more open to others and closer to the cause or brand.

When there is a good smartphone market, mobile applications keep you bonded with your smartphones. Social media are used more actively with social messaging apps when it comes to smartphones. There are many social messaging apps available like WhatsApp, Wechat, Viber, Line and Meow.  But the main competitions is between WhatsApp and WeChat. WhatsApp lets your friends to reach and search you on the basis of mobile number, once your friends is active you can chat with each other. I felt WeChat as very popular social messaging app but under utilized by users in India. WeChat has second largest user base after Facebook. The image below shows the number of active users in various platforms of social media and messaging apps. 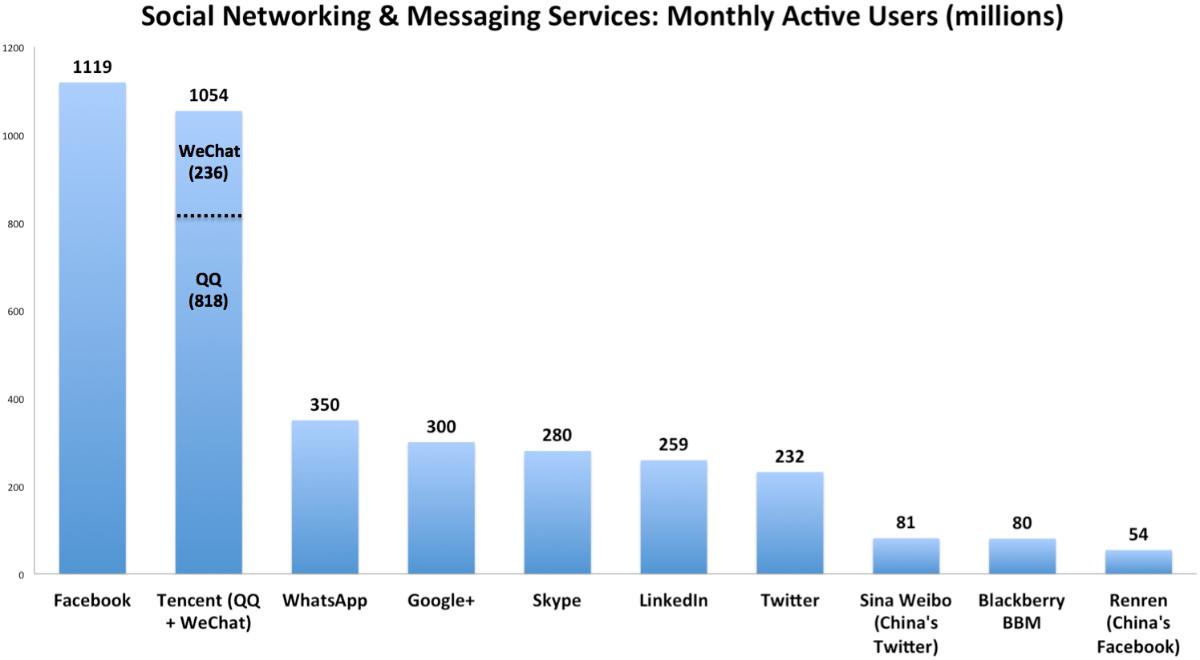 WeChat has adapted the working model of Facebook which is used in smartphones like Moments which work same as Facebook timeline and page. There are many other features also available with WeChat like nearby user search according to the geographical reach and shake features which helps you to catch the online user who is also shaking the phone when you are shaking your smartphone simultaneously. With lot of user base in WeChat you can get prompt response. You can integrate your updates with Facebook also. For better availability, WeChat can also be accessed by desktop and browser apart from phones.

Be active, observe the reaction and act accordingly. This is the key for using social media. Be the part of Voting Indian, think wisely because your vote matters. In the Twitter report by Blogworks, you can see the number of mentions, reach on Twitter and unique authors who has tweeted and shared views on our leaders. This list shows how much political leader’s are influencing other user’s on Twitter. Be the part in bringing the CHANGE. The image below shows how users have used Twitter in talking about various topics like caste and religion, development and economy, corruption, defence and safety, youth and employment, education and etc. User’s can involve other leaders and share their view with ideas and suggestion to build a clean country. Social messaging app WeChat can be used in bringing the social media and messaging together with smartphones because of better reach and audience. Bringing forum approach to engage and involve more users so that they can share the views. Creating virtual voting app to get an idea of election result. App to know the problems faced by users, and how can it be sorted. Giving respect and value to the idea shared by users.